With the COVID-19 pandemic occupying so much of our collective headspace, it is important to remember the other crises that our global community faces. From biodiversity loss to wealth inequality, these issues have not gone away and, in some cases, are even exacerbated by current conditions.  It is therefore with much excitement that Motion Metrics received our 100 Rhino Gold Bars from B2Gold – and, with them, an opportunity to spread awareness of a problem that deserves our urgent attention.

The Rhino Gold Bar protects endangered black rhinos in Namibia while supporting the communities that depend on them. Canadian miner B2Gold is producing 1000 ounces of Namibian gold and donating the proceeds to finance community-led conservation efforts. “Every gold bar purchased helps to combat poaching by supporting rhino rangers and trackers, which in turn, supports their families and empowers communities to help save a species on the verge of extinction,” says B2Gold President and CEO, Clive Johnson. Motion Metrics is doing our small part in this initiative by purchasing 100 half-ounce gold bars – one for each of our employees. You can read more about the Rhino Gold Bar and how Motion Metrics came to be involved in this project here. Or, listen to this interview with Managing Director and Country Manager for B2Gold Namibia Mark Dawe for more details about the project. 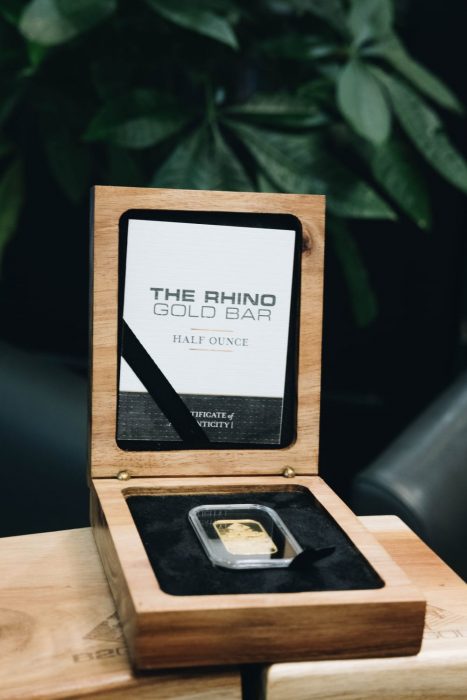 The Rhino Gold Bar initiative is a striking act of creative philanthropy that represents the first time a natural resource has been used to provide funding to community-backed conservation of an iconic endangered species.

According to B2Gold, the remoteness of black rhino habitat has historically been one of the key challenges for averting this poaching crisis. These animals live in a rural area that covers 25,000 square kilometres with no national park status, few roads, and minimal control over access to the region.  Local community-led organizations like Save the Rhino Trust Namibia (SRT), Integrated Rural Development and Nature Conservation (IRDNC), and Rhino Rangers are instead tasked with preserving the last free-roaming population of black rhinos.

These trackers and rangers regularly contend with dangerous terrain, a harsh climate, and continual threat from poachers, but COVID-19 has introduced additional barriers to successful conservation. Organizations like IRDNC and SRT that provide critical field-based support rely heavily on international donations that have been decimated by global economic hardship. Meanwhile, the decline in tourism has left critical habitat exposed to poachers at a time when increased resources for patrolling are hard to come by. Job losses generated by the pandemic also impact conservation efforts; as the urban unemployed return to rural areas, both poaching and pressure on natural resources increases. 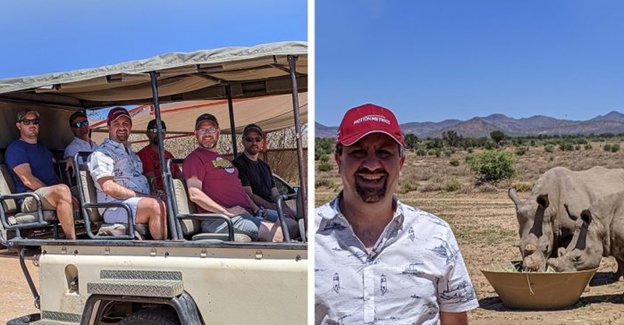 Rhino tracking and ranging has been central to tourism development in Namibia.

Rhino tracking has provided local jobs to Namibian communities and positively impacted tourism development in the region. To combat the impact of COVID-19 on both conservation efforts and employment, B2Gold has allocated some of the Rhino Gold Bar funds to provide salaries to keep rhino rangers and trackers in the field for the next year. These emergency supports will maintain adequate patrol levels, upgrade rapid response systems, and raise awareness about conservation to secure a future for the last free-roaming black rhino population get the rhino-based local economy back on track.

To Motion Metrics CEO Dr. Shahram Tafazoli, spreading awareness of the initiative was a personally meaningful objective his company could help tackle.  “Once I realized the extent of this problem, I knew I needed to help in some small way,” says Shahram. “We are around 100 people today, so I decided to buy 100 gold bars that could be delivered to each of our employees around the world. Each household is going to learn about this initiative and hopefully we will help to spread the word.” 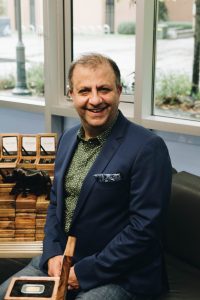 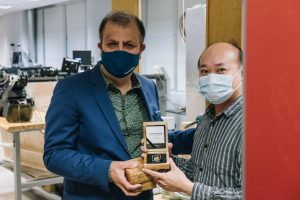 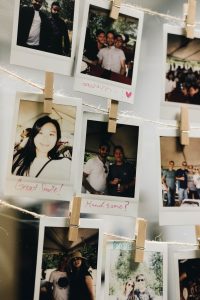