When the Best Plans Fail: the Danger and Unpredictability of Crusher Obstructions

Even with exhaustive planning and an unwavering commitment to risk management, clearing a crusher jam can be unpredictable and extremely dangerous.  This is the precautionary message delivered by an article submitted to MineSafe by Patrick Burke, Group Safety Manager Compliance with Macmahon.

The Problem
The incident details a tragic head injury sustained by an experienced welder as he worked to free a ground engaging tool (GET) that had obstructed a gyratory crusher at an iron ore mine in Australia’s Pilbara region.  When the crusher in this instance ceased operation, it was determined that a GET had become jammed between the crusher mantle (cone) and concaves (shell). 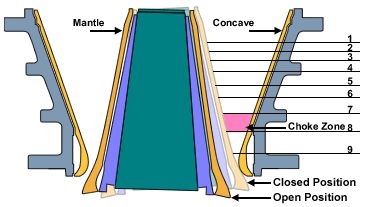 Crusher blockages occur when an object with a higher material strength than what the crusher is designed for enters the machine.

Taking Precautions and Managing Risk
In this instance, a safe work procedure and job hazard analysis (JHA) were developed to ensure that removal of the obstructing object could proceed safely.  The Process Manager called a meeting of all involved to conduct a risk assessment, complete a JHA, and raise a hot work permit for the lancing procedure.  Although neither the boilermaker who was to operate the lance nor the leading hand fitter who was to assist him had experience in this task, both were experienced welders and had participated in the development of the safe work procedure.

There was a considerable body of knowledge among the involved parties, who practiced conservative decision making when deciding how best to relieve the stored kinetic energy.  Several risks were identified and mitigated because of the discussion: (1) there was some uncertainty as to whether the mantle was fully resting on the hydraulic system or if it was being held up by the GET; (2) the possibility of falling rock was recognized; and (3) concern that the GET, if ejected, could be projected towards the lance operator. 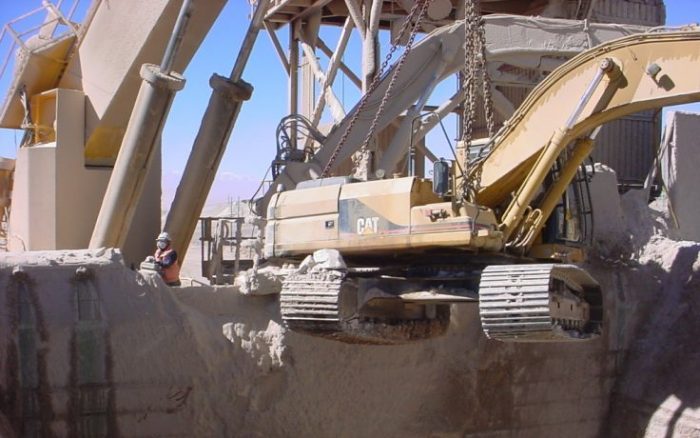 To free the obstructing object, all other material in the crusher must first be removed with an excavator.

To address the first identified risk, the team opted to attach the work platform to the concaves only in case the mantle, when freed, dropped.  To reduce the danger of falling rocks a temporary fence was attached above the platform.  The operator also approached the lancing from the ‘closed side setting’ to ensure that if the GET was ejected, it would be projected away from him.

The Unexpected
With these precautionary measures in place, the operator successfully lanced a channel in the GET to relieve the pressure and allow it to loosen.  Having safely relieved the stored kinetic energy, the operation was considered a success.  Believing his work to be done, the lance operator turned off his oxygen supply, removed his welding helmet, and stood to speak with his colleague. 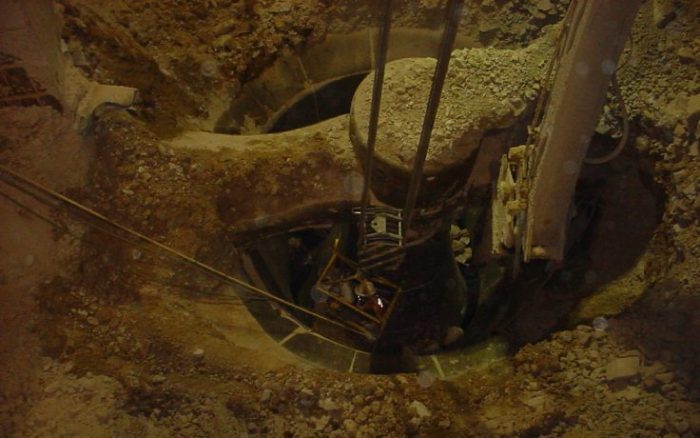 To relieve the stored kinetic energy, a boilermaker must lance a channel in the obstructing object.  In this image, a thermic lance operator and his assistant are lowered into the crusher to begin this dangerous work.

Then, “a loud bang was heard, and a shower of sparks emerged from the vicinity of the GET,” reads the report.  “Those witnessing the event observed a large glowing object among the sparks that appeared to strike the operator on the head before continuing over the west walk of the crusher housing.”  The lance operator fell unconscious to the ground; his injury was later determined to be a spider web fracture to the left side of his skill.

A Lesson Learned
The post-incident review found that, following the spark incident, the GET was violently ejected and ultimately landed on the lance operator’s working platform.  Those who analyzed the event believe that the molten slag initially crusted over, then burst through the crush and showered the work area with molten metal.  Hydraulic pressure changes in the mantle support system indicated that the GET was ejected when the metal cooled sufficiently for it to loosen. 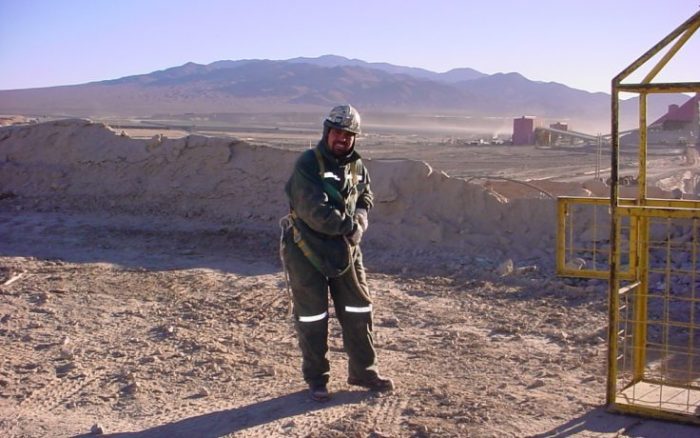 The right Personal Protective Equipment (PPE) affords mine workers some measure of safety.  Unfortunately, helmets are no match for an ejected GET component, which can weigh in excess of 100 kilograms and be projected unexpectedly during removal.

The most frightening aspect of this incident is that previous experience with this removal procedure did not suggest that an ejection of this nature was likely.  Despite an informed and arguably exhaustive risk management process, the event remained a dangerous unknown.  Although steps can be taken to lower the risk associated with removal, the best strategy is to prevent crusher jams before they happen.